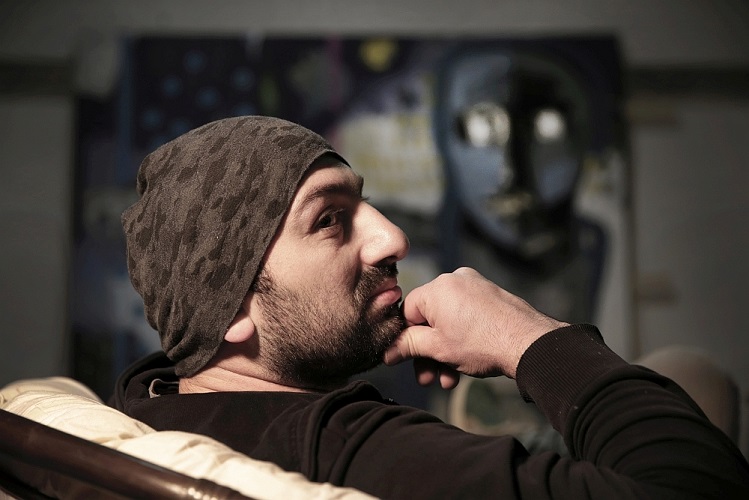 Giorgi Shengelia was born in 1977 in the city of Sukhumi, Georgia. He studied art at the Academy of Art in Tbilisi. In the year 2001 Giorgi fled his homeland out of necessity and he washed ashore in The Netherlands.
Since 2003 Giorgi is living and working in the village of Bergen, in Northern-Holland, a safe haven behind the dunes of the North Sea coast. Here Giorgi makes paintings and mixed media mostly. Besides he is working on installations and sculptures. He is even active in photography.
The amount of subjects Giorgi expresses in his work are endless: nature, city life, landscape, daily life, home, love, food, people, as I said: limitless. As a visual artist he is fascinated by the tensions and clashes between the reality and the artificial, the visual and elusive and the past and the future.
The sensitive paintings of Giorgi Shengelia range from abstract to figurative, wildly drawn or with great precision, on canvas, paper or wood. All of varying sizes. His expressive sculptures are mostly made out of steel and objects from the scrap-heap.
Making art, celebrating life and living in freedom are Giorgi’s keywords for now and the future.